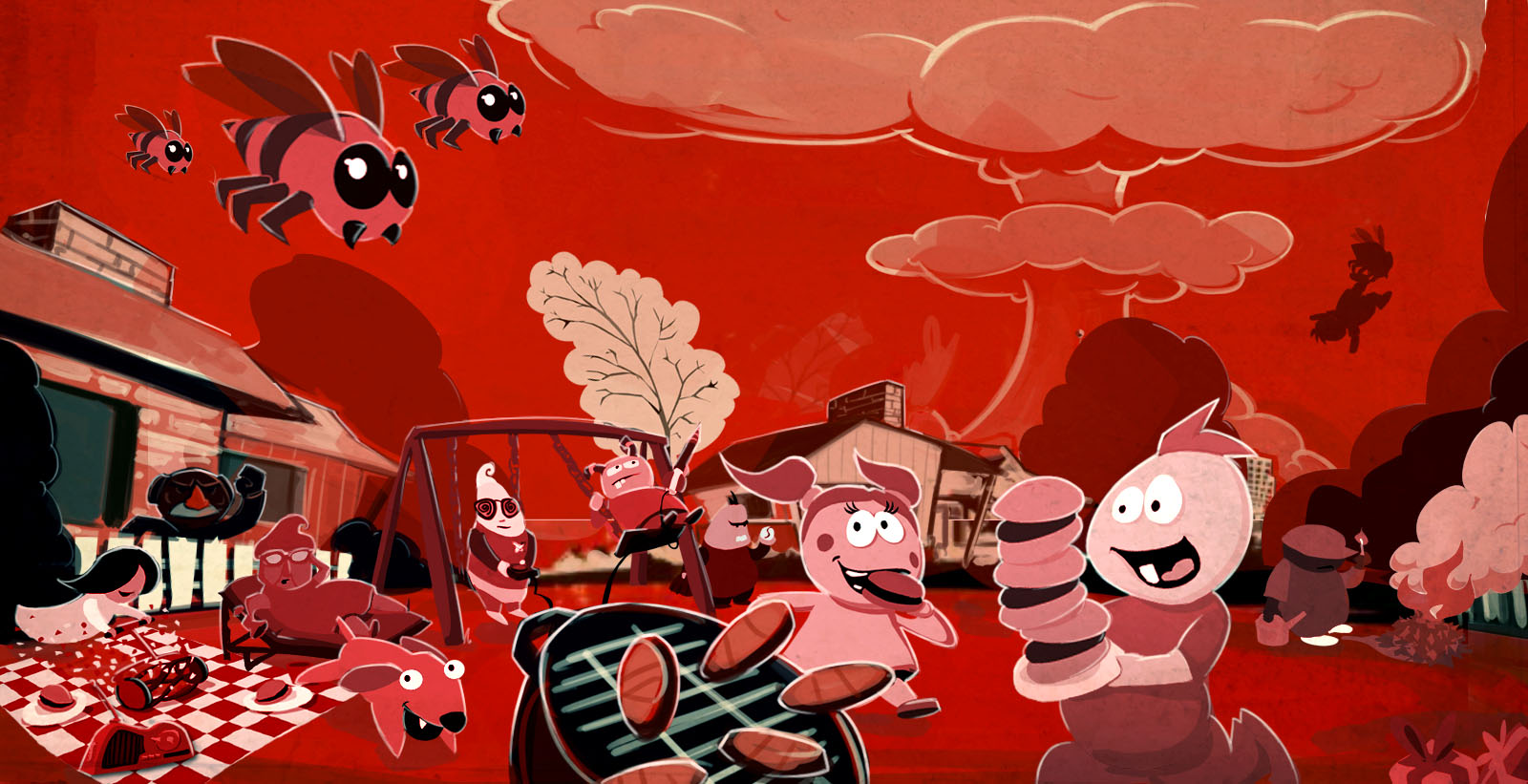 It’s 1962 and you are the parent in charge of a gaggle of hungry kids at a suburban backyard party. The nuclear testing ground over the hill the  provides a scenic backdrop of mushroom clouds. Then the giant insects show up and start carrying stuff away. The nice old lady next door is suddenly 50 feet tall. Can you control the escalating B-movie style chaos until the kid’s parents pick them up at the end of the day?

This project was designed specifically for VR using design principles for experiential play. By layering simple and fun elements of gameplay the experience slowly becomes more hectic and engrossing.

The gameplay area is limited to walking around the porch but your trusty pooch is there to help. Using natural voice and gesture interaction you direct your companion to herd the kids and assist in defense.

A VR implementation of the classic Conway’s Game of Life, a popular simulation from the early days of computer graphics. The player uses a wand to draw cells in 3D space and then runs a frame by frame simulation of generations. The cells grow or die based on the number of neighbours.

The basic idea of cellular generation is expanded by adding musical synthesis. The elements grow and evolve and the music follows with it.

See bitstorm.org/gameoflife and wikipedia for some background and 2D versions. 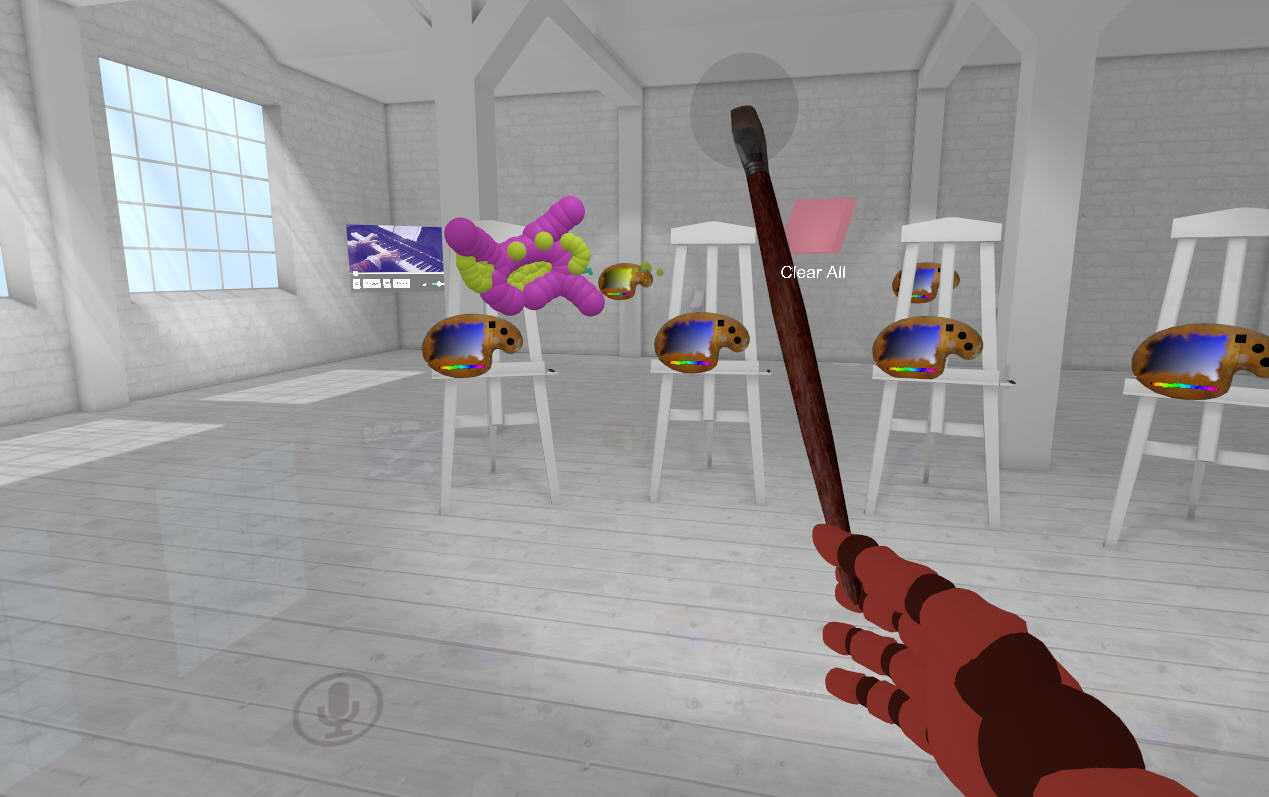 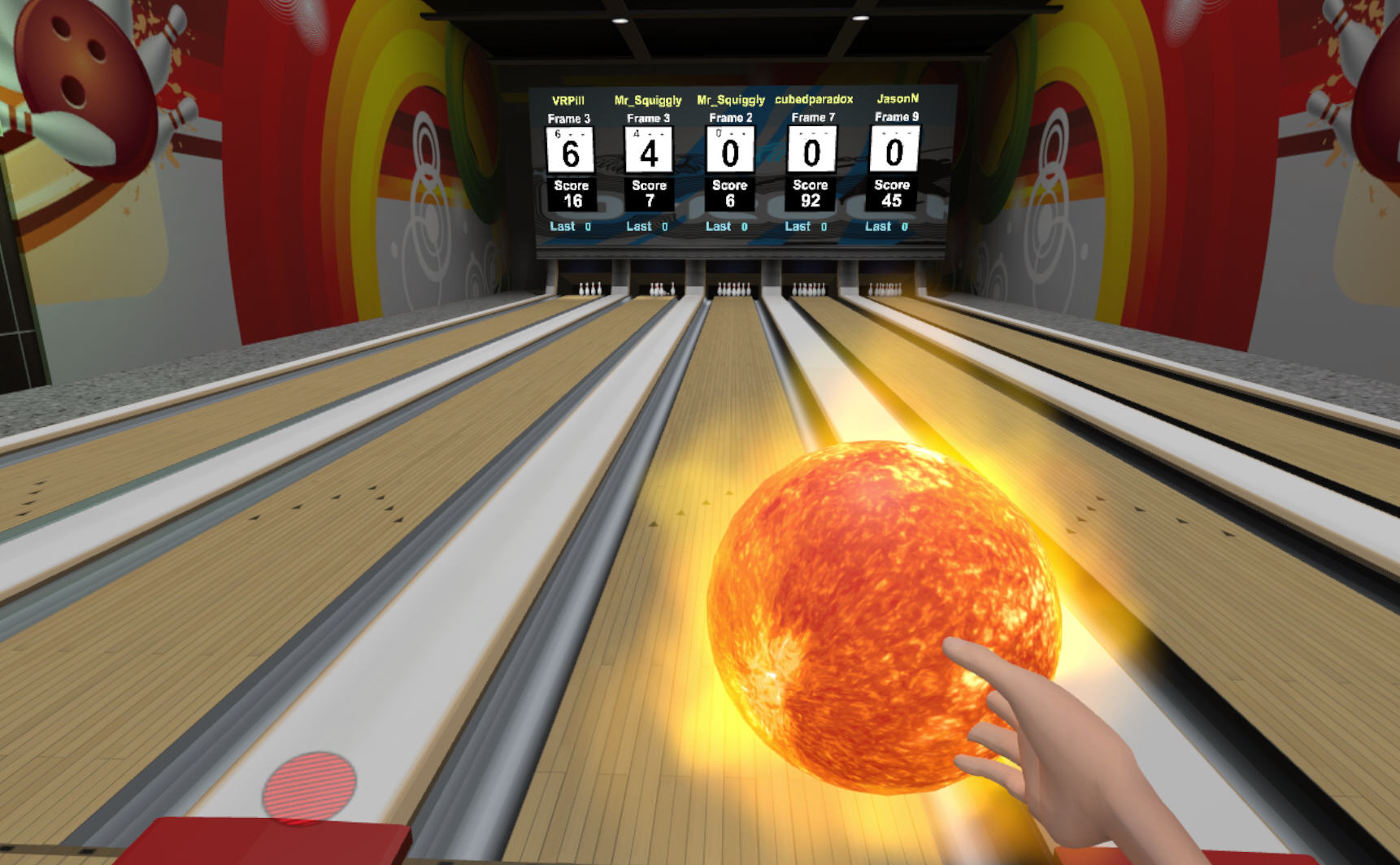 As a staff member at VR Chat I created a number of multiplayer VR games including a functional bowling alley, fishing game, dungeon game, vampire (werewolf) game, CTF game and a painting studio. 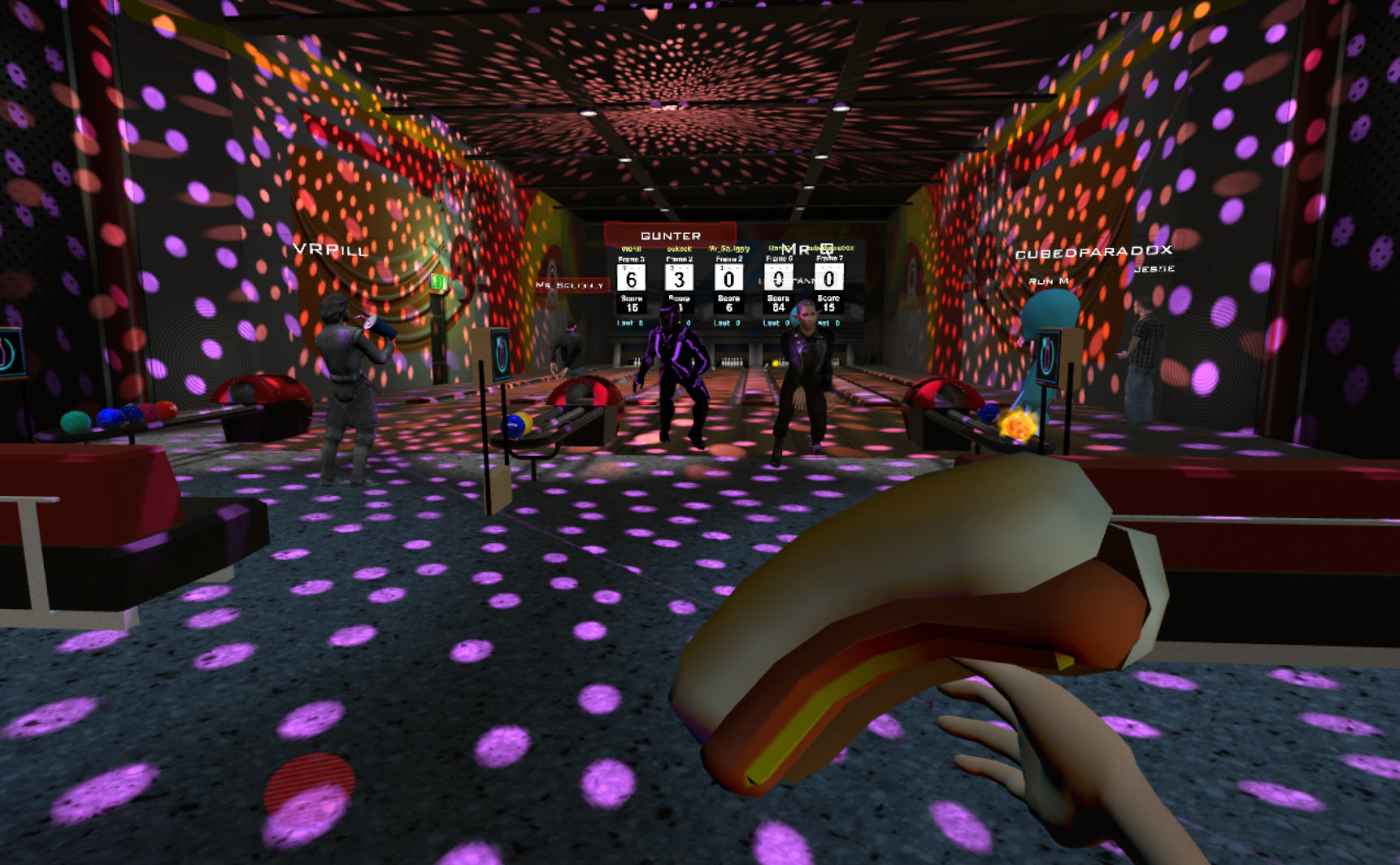 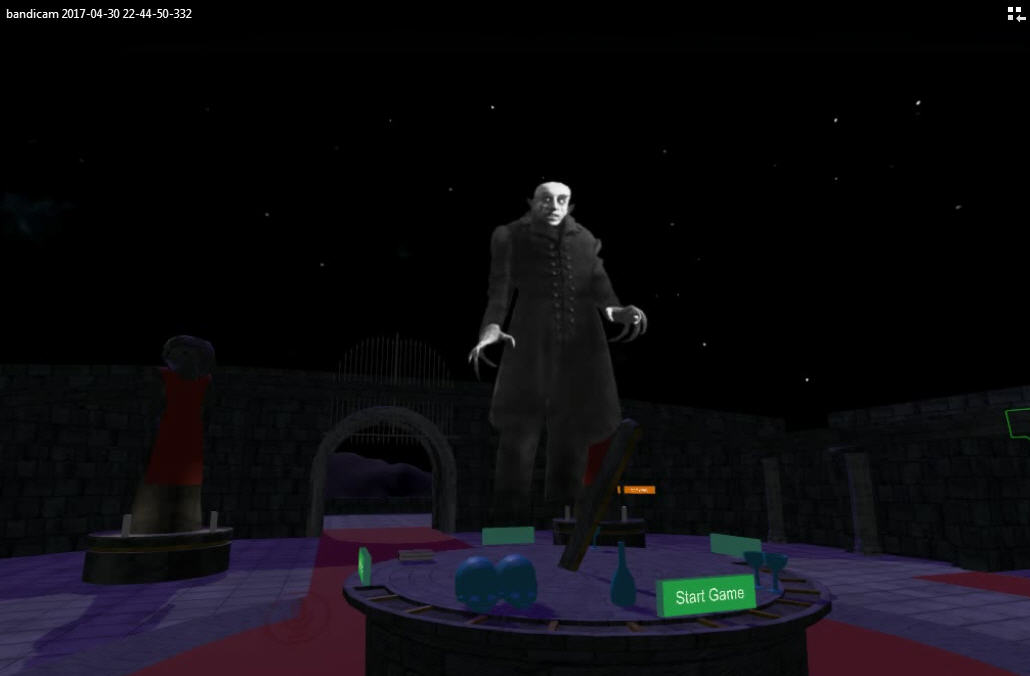 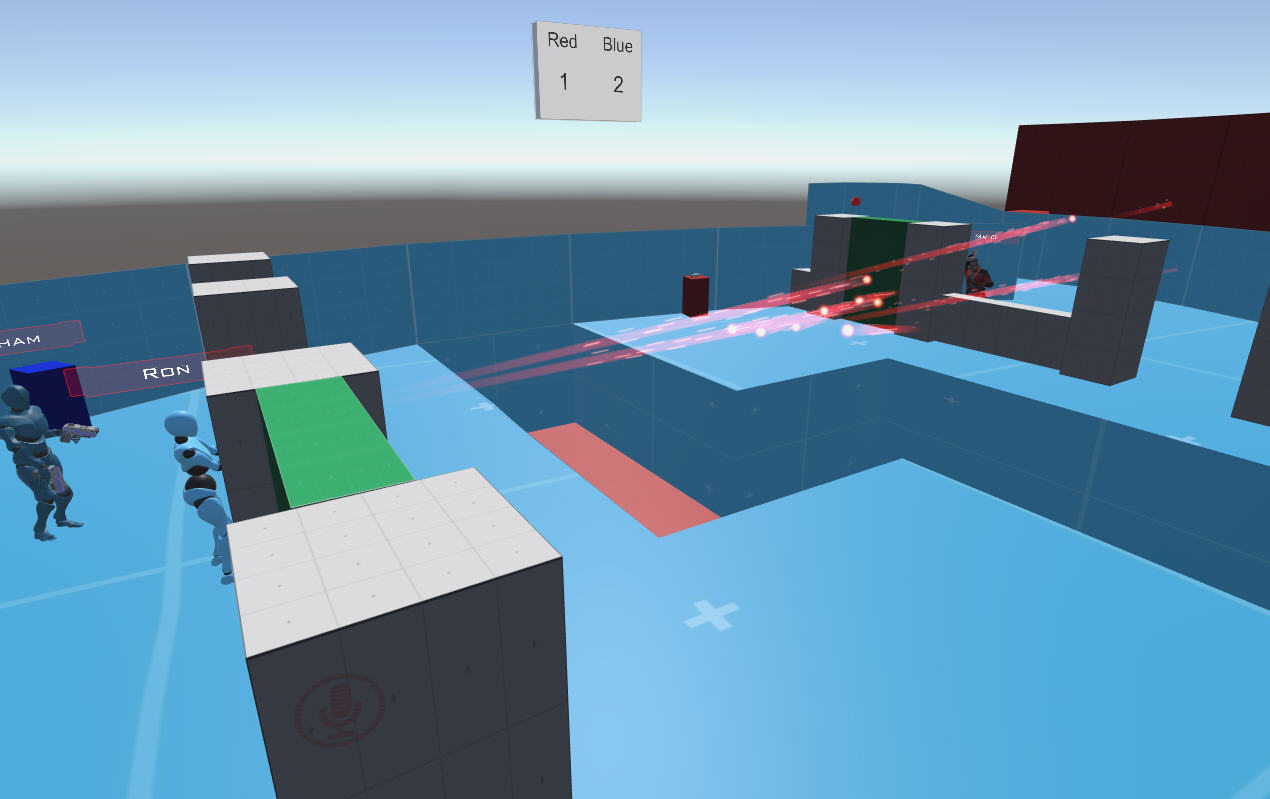 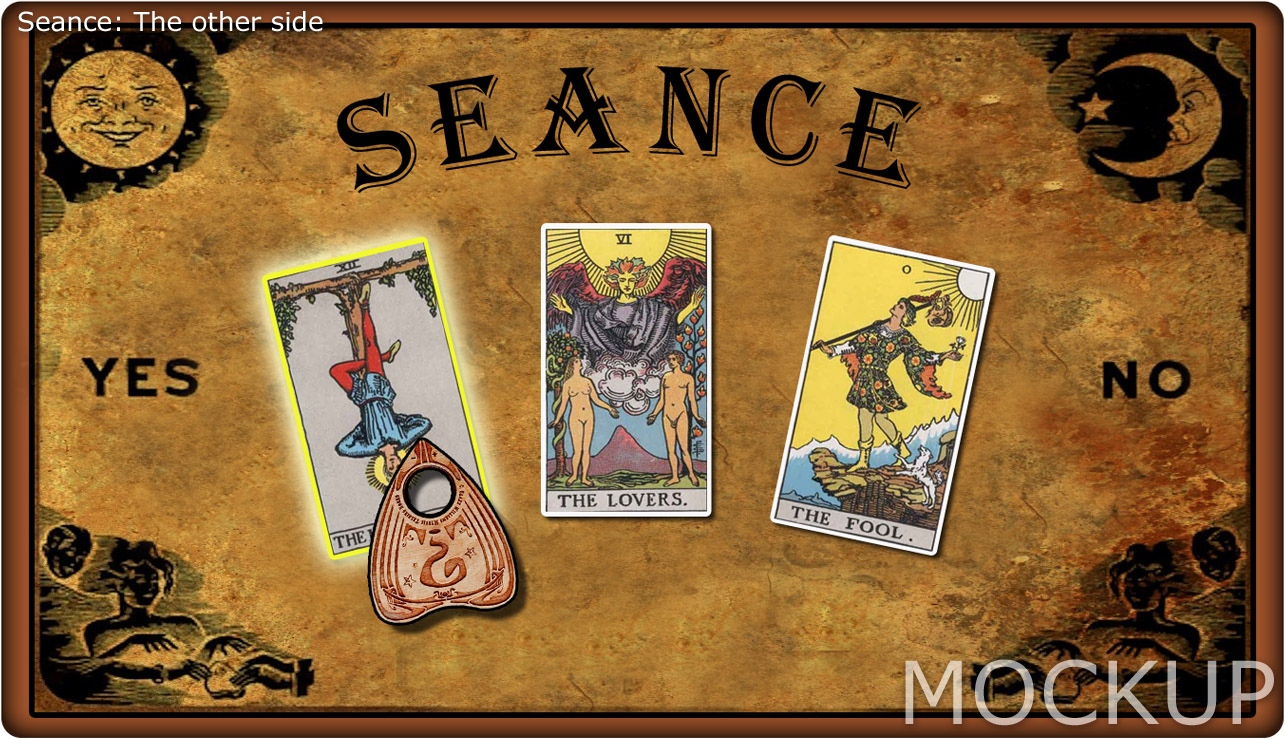 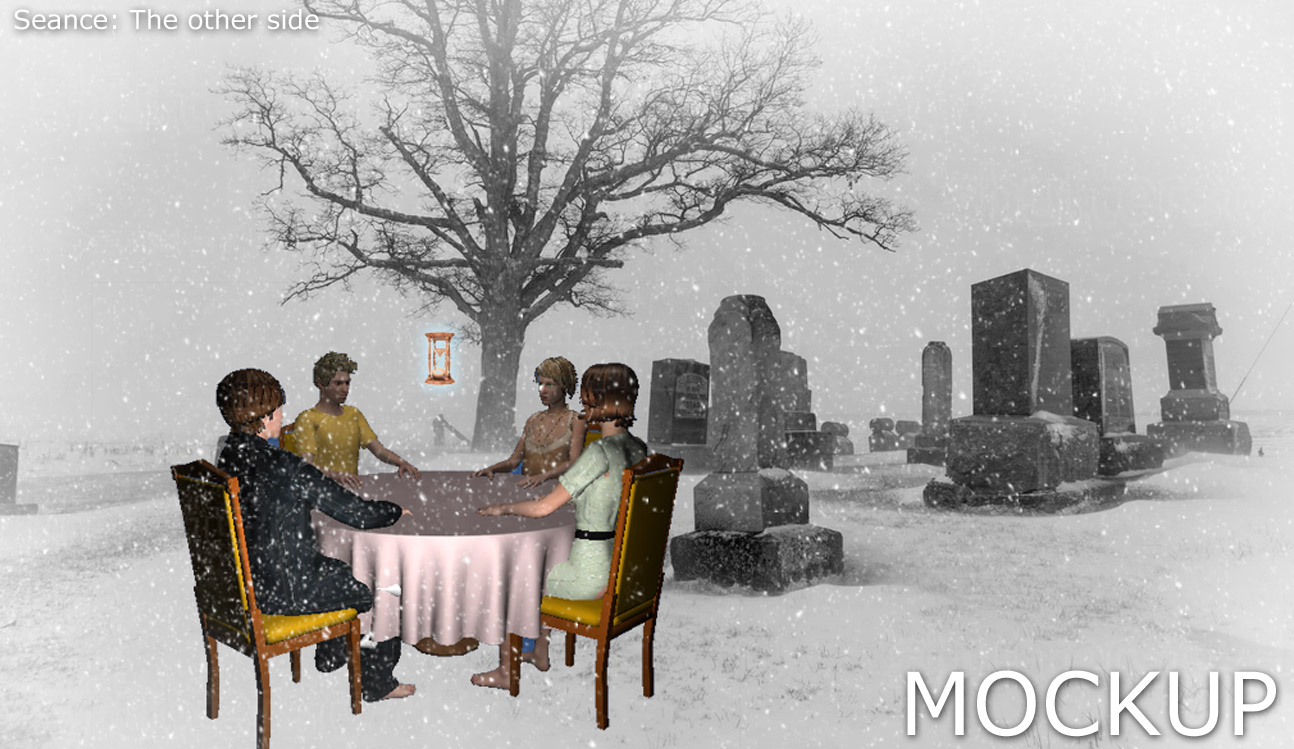 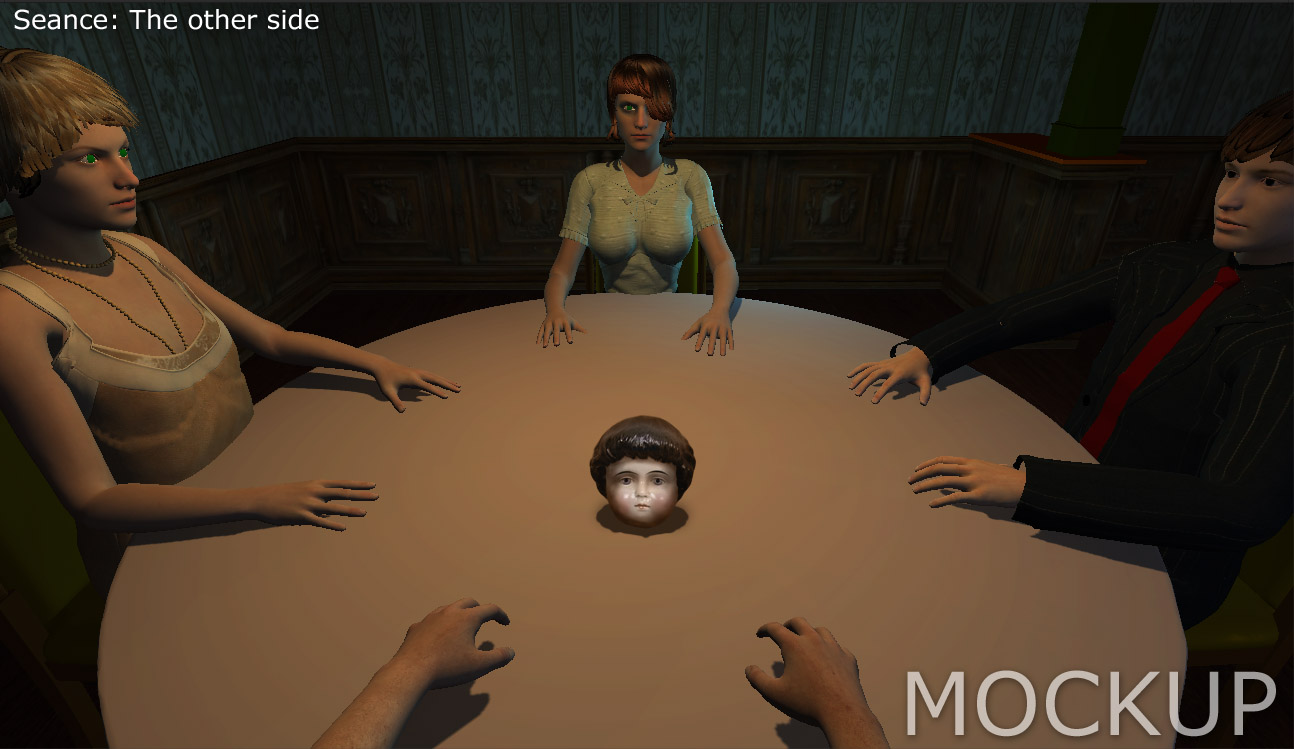 Seance: The Other Side

Seance:TOS is a game design for VR that is currently looking for funding. The design was fully fleshed out in 2015 and submitted to the Canada Media Fund where it received a score of 82. Unfortunately the cutoff for funding was an 83 due to the large volume of submissions.
The game is a multiplayer online paranormal experience where a group of players work cooperatively to solve an otherworldly mystery using unique psychic powers. The game uses real-time voice chat to allow the players to discuss strategies and analyze results of their investigations. Gameplay takes place primarily around the seance table with short astral travels to locations in time and space.
Key features:
The full design document can be read here. 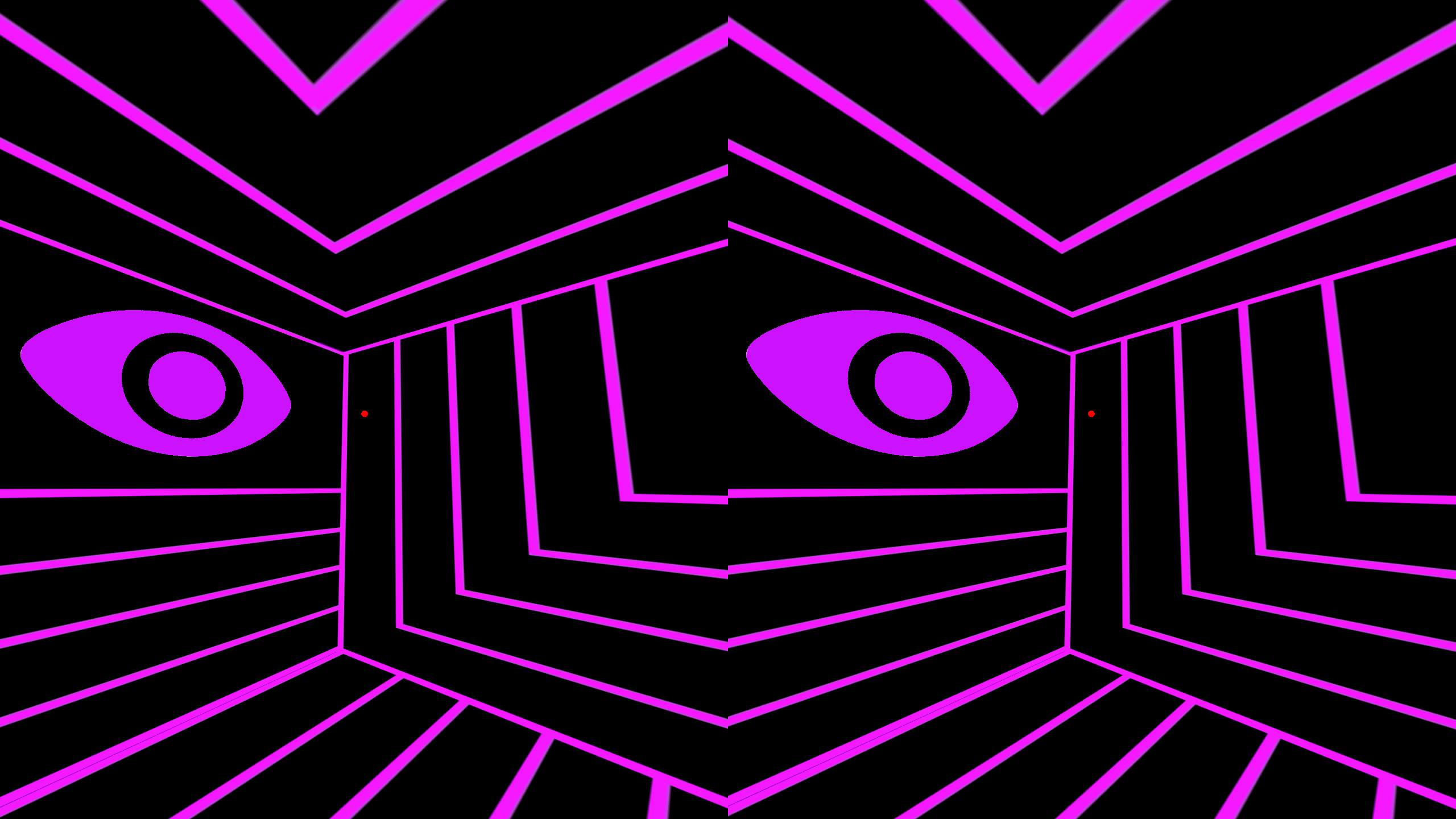 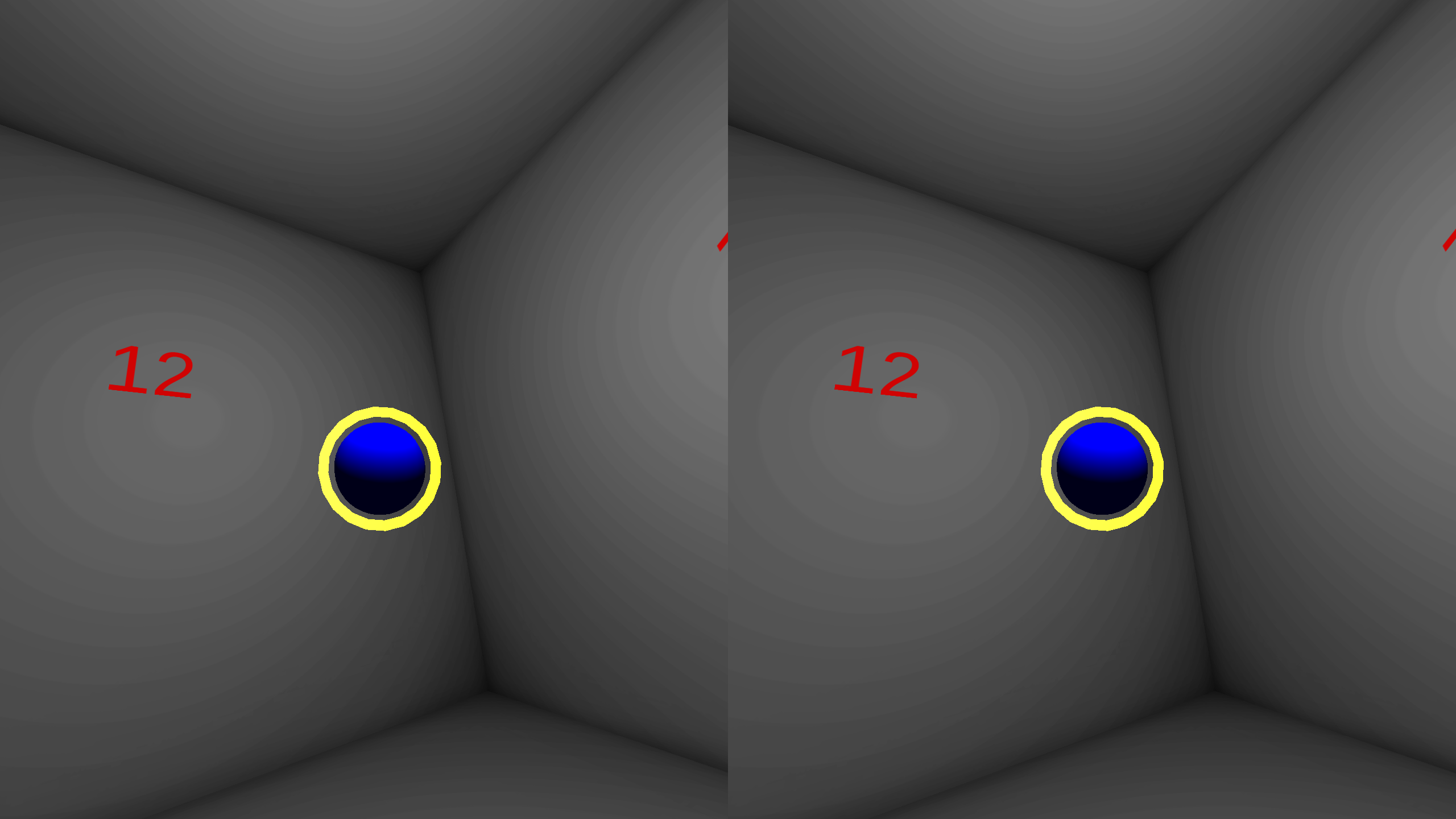 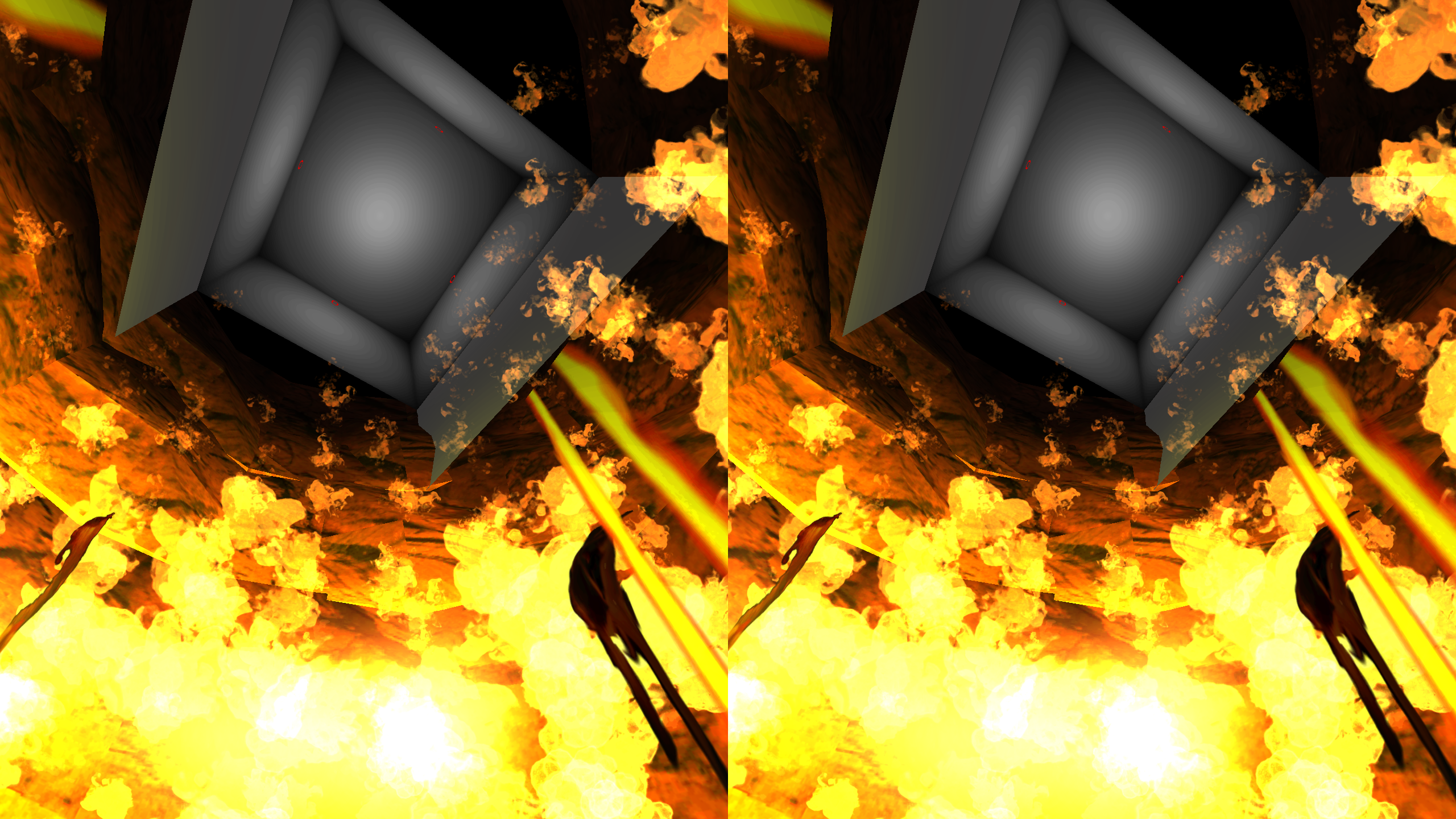 Room – A Game for Smartphone VR

A series of rooms where players need to literally look around and use their head to solve simple puzzles and avoid a fiery end.

Room is a short experimental game designed for mobile virtual reality (Eg. Durovis Dive, Google Cardboard). The game uses a simple gaze mechanic as a means to solve a series of interactive puzzles. Each room presents slightly different puzzle that builds on the one before it. This game was designed specifically for smartphone VR headsets such as Google Cardboard and Durovis Dive. Placing the player in the center of the action allowed them to explore the puzzles without experiencing motion sickness while requiring them to look in all directions to find the solutions. Failure to complete the puzzle within a limited time resulted in them falling into a hellish pit before trying again. 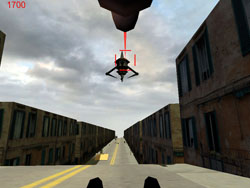 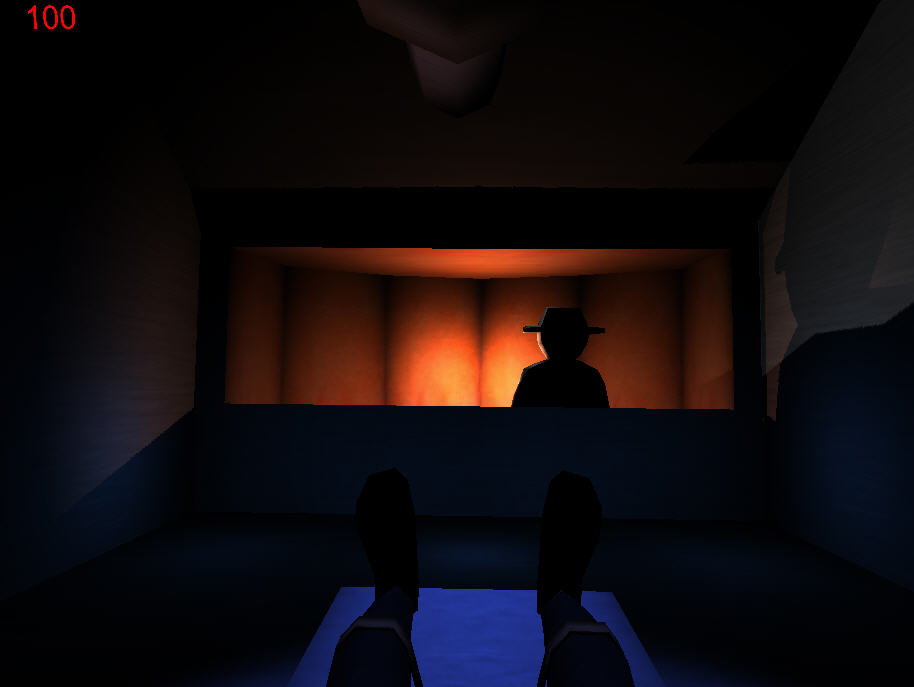 This is an Oculus Rift game done at the 2013 Full Indie game jam in Vancouver. You are a secret agent strapped to a hospital bed, rolling down a San-Francisco-esque street with a laser strapped to your head. You use your head to target enemies and obstacles and blow them up. Not nearly as vomit inducing as we thought it would be!

We loved the idea of playing this game while actually strapped down to a table lying on your back. Even though the player was moving quickly through the streets, we found that most people didn’t get nauseous while playing. This may have been due to the body being fooled by the premise of being strapped down. Overall the game was pretty fun to play and a lot of fun to make.

This was a collaborative project with Eric Raue, Daniel Truong and Andrew Hamilton.