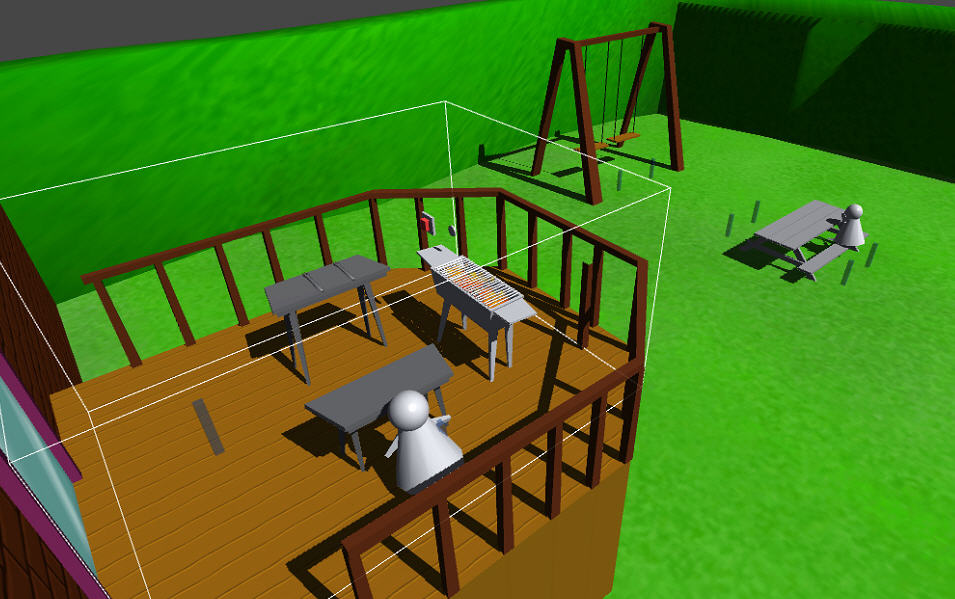 Here’s a quick update on the last few months. After putting my proposals together, creating a jam prototype in August and pulling as many strings as I could I managed to get an HTC Vive devkit to work on my BarBeeQ game! I got the devkit and a new PC to run it back in November. The game is coming along nicely. See my vrgames page for more info and a video of the prototype.

Since the prototype was created in 48 hours it’s not really something that can be built upon easily. I was working with another programmer who did most of the coding at the jam (thanks Jonathan!). It was his first project with Unity but he did an admirable job pulling it together with the VR hardware. I’ve been building the next version starting from scratch while I flesh out the design and properly structure the code.

One of the challenges I’ve had so far is with how to handle the controllers. In the jam version your hands were big forks that you could pick up the burgers with by holding the trigger. That was quite intuitive. In the current version I want to be able to pick up other things like ketchup and push buttons with your fingers. I still want to use the forks (or possibly a spatula) to flip the burgers though. After trying a number of things I’ve settled on using the trigger to pick stuff up and the thumb pad button to “use” them. I’ll have to do some playtesting to see if people find that intuitive or not.